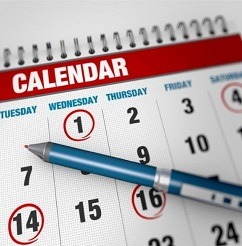 This section includes training courses related to safe working on roads, streets and highways. Principle among this group of courses are training courses designed for supervisors and operatives who are required to carry out their roles and responsibilities in accordance with standards prescribed by awarding bodies and as required by the New Roads and Street Works Act (NRSWA), associated legislation, and applicable Approved Codes of Practice.

The New Roads and Street Works Act (NRSWA) and associated Codes of Practice set out a legislative framework for notification requirements, safety to highway users and the standards of work on highways.

NRSWA City and Guilds qualifications are aimed at local authorities, utilities companies, and their contractors involved in carrying out and monitoring road works on the highways and footpaths.

There are a number of units relating to operatives and supervisors, which cover the range of skills necessary to safeguard their work, including signing lighting and guarding, and carrying out excavation and re-instatement work.

The  NRSWA supervisor and operative qualifications in this section provide routes to registration or re-registration on the Street Works Qualifications Register (SWQR) required under the New Roads and Street Works Act 1991. Those who successfully complete NRSWA course unit(s) will receive a Certificate of Competence which will need to be sent to the SWQR for registration.

The SWQR holds the details of all NRSWA trained and qualified supervisors and operatives. It works closely with awarding bodies including City & Guilds, LANTRA, CABWI and SQA. SWQR registered individuals are issued with a durable ID card, which can be produced on site if necessary, to prove qualification status.

Street Works cards issued under the provisions of the New Roads and Street Works Act 1991 are valid for an initial period of 5 years. Supervisors and operatives are then  required to be reassessed every 5 years to enable re-registration on the SWQR.

There are 16 NRSWA course units of competence with the New Roads and Street Works Act. Unit 1 (Location and avoidance of underground apparatus) is for both supervisors and operators, Units 2-9 are for operators, and Units 10-16 for supervisors.

Further details relating to NRSWA Street Works units and course programmes can be found on the following category pages:

The predominant demand for street works and highways courses is for the NRSWA qualifications, and there are many open courses available with scheduled events, but there is also the LANTRA highways scheme option. There are generally less open course dates for LANTRA programmes, but dedicated courses can be arranged where multiple delegates need to be trained.

The offices at BookMyCourse are open and fully staffed.

"We regularly use Book My Course – we save a huge amount of time and have found the service to be easy to use and very often has the course we need in the right location".
Katie Winter - Rentec Limited

"Working with Book My Course takes the stress and hassle out of arranging training courses. We have a dedicated account manager to discuss our requirements, who offers us a range of options to suit our needs based on our budget, time commitments and locations. They offer a great range of courses as well as offering us flexibility and value. The staff at BookMyCourse are helpful and knowledgeable, offering a timely and efficient service that is reflective of our requirements". Kate O'Donnell – Kier.

“BMC are always quick and on time, if I need any help I can turn to BMC. Sian, you are always polite, quick and happy to help. Whenever I send you anything, I know it will get sorted efficiently and you will supply me with all information about my request”.

“I have used BookMyCourse for many years, they are always my first point of call for any training requirements. The staff are knowledgeable and very helpful, queries and requests are dealt with quickly and professionally”.

“We have been using the services Bookmycourse for many years, it’s quick and easy system for me to use, I just send my course with dates and the rest is done by the team at BMC. The team are a great bunch, friendly and easy to deal with, on the rare occasion there is an issue, it is dealt with professionally and swiftly every time. RB Services will continue to use the services of BMC indefinitely and often recommend them to other training providers trying to promote their own courses. Keep up the good work BMC!” - Jacqi Cox - RB Services

"BBS has used Bookmycourse for several years and always found the process to be swift and efficient. Having many training options in one place is extremely useful when courses are needed across a wide range of subjects".
Paul Boyce, Director – BBS Site Services LLP

"Always reliable with great connections for course dates across the UK and an easy booking system. Polite and efficient customer service. A pleasure booking with Bookmycourse".

“My experiences with Book My Course have always been pleasant ones. The staff I have dealt with have always been polite, friendly and helpful. They are an efficient company who focus on their customers giving them the best service they can. I would definitely recommend them to my friends and work colleagues”.

"Book my course is always my first point of call as they offer a great range of training courses. They work with a variety of training providers based in different locations, which is extremely helpful when trying to minimise travelling times and costs. I have received nothing but great feedback from all course attendees, proving that bookmycourse only use high quality training providers. I would not hesitate to recommend bookmycourse to anyone looking for exceptional training, at very reasonable prices"

“I have always had exceptional service, times, dates, price, etc., and if there is the odd chance you can’t tell me over the phone, I always receive an e-mail straight away after”.